Those of you who were with us last Sunday will remember Janette’s word for the men of the church at the end of the service. We thought we’d put it up here in case you’d like to dwell on it again.

Some are in the school of training, being prepared and equipped for the position and place God has for them in the kingdom of God. Some have moved away from Grace and relationship with God and have become works focused. Some are consumed with feelings of guilt and condemnation, not really receiving the wonderful gift of grace and forgiveness that I Jesus gives. – Some are addicted to seeking approval from man, failing to believe that they are completely accepted by God. Some feel that they are failures as husbands, fathers, sons, brothers. Some are lonely, empty, hurting, feeling God is for everybody else but does not really care about them. Some are considering walking away and returning back to the old life style.

“Men of Liberty, today I am working in you, I am for you and not against you. Men of Liberty you will no longer be subjected to the feelings of feeling inadequate for I have already qualified you because of blood.” God says that “I am raising You up to be men of strength, men of great character, men of great reputation, men of righteous living, soldiers in the army of God. Raising up men that will die to themselves and live for me.” God sees all your struggles-God sees it all. Men of Liberty, you will be like great big pillars outside a great big city, standing tall, standing firm. When storms come or temptation come, you will not be moved nor shaken. “Men of Liberty, the enemy has tried to take you out-has bombarded your minds with all types of vicious lies- Men of Liberty today I the Lord say “No More” – freedom reigns over you today and forevermore. Today I call you son, today I am your Father. Men of Liberty position yourselves, I am gathering You, I am calling you to Rise up. In me there is freedom and only in me will you find true freedom. Today I have set you free. Walk in the freedom I have given You. Today put your hand to the plough and never look back. Freedom reigns over your life. Rejoice o men rejoice.” Men of Liberty ,now it is God who makes you stand firm in Christ, He has anointed you, He has set His seal of ownership on You and put in your hearts the Holy Spirit as a deposit, guaranteeing what is to come. to the glory of God.

We're not around right now. But you can send us an email and we'll get back to you, asap.

We use cookies on our website to give you the most relevant experience by remembering your preferences and repeat visits. By clicking “Accept All”, you consent to the use of ALL the cookies. However, you may visit "Cookie Settings" to provide a controlled consent.
Cookie SettingsAccept All
Manage consent

This website uses cookies to improve your experience while you navigate through the website. Out of these, the cookies that are categorized as necessary are stored on your browser as they are essential for the working of basic functionalities of the website. We also use third-party cookies that help us analyze and understand how you use this website. These cookies will be stored in your browser only with your consent. You also have the option to opt-out of these cookies. But opting out of some of these cookies may affect your browsing experience.
Necessary Always Enabled
Necessary cookies are absolutely essential for the website to function properly. These cookies ensure basic functionalities and security features of the website, anonymously.
Functional
Functional cookies help to perform certain functionalities like sharing the content of the website on social media platforms, collect feedbacks, and other third-party features.
Performance
Performance cookies are used to understand and analyze the key performance indexes of the website which helps in delivering a better user experience for the visitors.
Analytics
Analytical cookies are used to understand how visitors interact with the website. These cookies help provide information on metrics the number of visitors, bounce rate, traffic source, etc.
Advertisement
Advertisement cookies are used to provide visitors with relevant ads and marketing campaigns. These cookies track visitors across websites and collect information to provide customized ads.
Others
Other uncategorized cookies are those that are being analyzed and have not been classified into a category as yet.
SAVE & ACCEPT 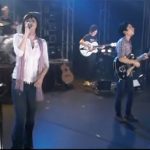 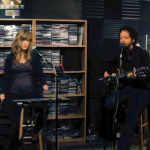